The Assassination of JFK and the Age of Innocence 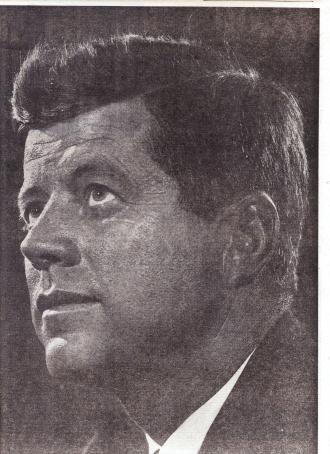 The first few years of our lives are truly the age of innocence when we have a glorious lack of awareness of the external national and global issues that are going on all around us and shaping the world and the environment to which we will one day grow up into.  For me the end of the world was the bottom of the back garden, the end of the street or the physical boundaries of play imposed by my parents.  I was blissfully unaware of what was going on outside of those boundaries and parents and schoolteachers clearly didn’t think it was necessary for me or others to have knowledge of current affairs.  There was no John Craven’s Newsround, well not until 1972, not even very much television, and no way of knowing what was going on and no real need to find out.

They say that everyone remembers where they were the day that John F Kennedy was shot and I can confirm that my very first consciousness of world news events was November 22nd 1963, the day the President of the USA was assassinated in Dallas in Texas and even then the news itself didn’t particularly register as important but rather it was the reaction of my parents that proved to be my news awareness watershed.

It was early evening, I was at home, mum and dad were round at a neighbour’s house, and I was watching the television.  It was a Friday night so I had probably been watching Crackerjack on the BBC with Aemonn Andrews.  Crackerjack finished at a quarter to six and after that came the news programmes which held no particular interest for me and anyway it was a little too early for news of the shooting to be breaking in England.  Kennedy was shot at half past twelve Dallas time, half past six in England.  On BBC television, the six o’clock News finished at ten past six.  It had been a quiet day; there had been the results of the Dundee West by-election, the announcement of the architect appointed to design the new National Theatre and the departure from the United Kingdom of the new Miss World, Carol Crawford, who was returning to Jamaica.  Ten minutes was more than enough to report the events of a very ordinary sort of day in 1963. 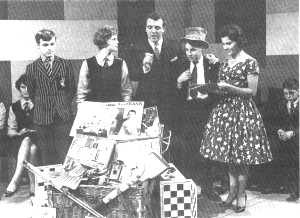 At seven o’clock I would probably have been watching the game show ‘Take Your Pick’ with Michael Miles but ten minutes in, it was interrupted for ITN’s first ever newsflash.  Kennedy had been shot.  On the BBC, ‘Points of View’, presented by Robert Robinson, was interrupted at approximately the same time and having nothing to watch of any particular interest to me I turned the television off and probably looked for some sort of mischief appropriate for a nine year old boy left at home alone.

Soon after this mum and dad returned home in a bit of a fluster and I didn’t know what could be the matter.  Dad demanded to know why I had turned off the television which was a bit confusing because he didn’t really like us having it on all that much and would always turn it off the minute he thought we weren’t watching it.  He became a bit agitated as he turned the set back on and waited for it to flicker into life.  This was quite a long process in the 1960s because TVs had an antiquated system of valves, wires and resisters instead of today’s micro chips and these took some time to ‘warm up’, after a minute or so you would get sound and then after another minute or so (if you were lucky) a grainy black and white picture with flickering horizontal lines would slowly start to appear.  Most television sets needed about fifteen minutes to warm up, I seem to remember.

TV sets were always breaking down as well, half way through a programme there would be a ‘PING’ and the picture would disappear into a bright white spot in the middle of the screen like a star falling into a black hole and that was it until the television repair man responded to an emergency call to come by and fix it by replacing the broken tube in the back, which was a bit like replacing a broken light bulb.

After the first BBC newsflash, ‘Tonight’ came on, but it was ended early when at half past seven the programme was interrupted with the news that Kennedy had been shot in the head and his condition was critical.  A few seconds later a phone rang, the newsreader took the call in front of the viewers and finally said ‘we regret to announce that President Kennedy is dead.’ 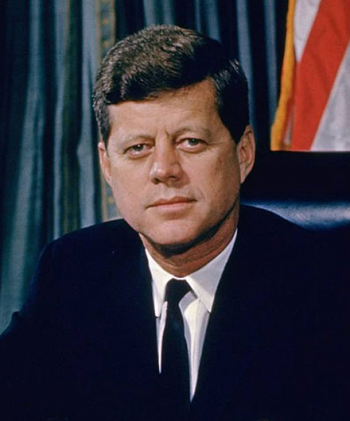 After that the BBC didn’t really have a clue what to do next and what viewers got was the BBC television continuity screen, a revolving globe, for twenty minutes or so that was punctuated by three brief bulletins read by the newsreader.  My parent’s reaction to the news took me by surprise and the event was a significant moment in my young life because subsequently I was always aware of the news after that.  This was a transitional moment when I left the age of innocence behind.

Because getting transatlantic news in 1963 was still somewhat difficult (Telstar, launched in 1962 was undergoing complicated repairs and not transmitting) eventually the TV stations reverted to their scheduled programming and the BBC continued with Harry Worth and Dr Finlay’s Casebook and the ITV showed an episode of Emergency Ward 10, which was a sort of 1960’s Casualty! 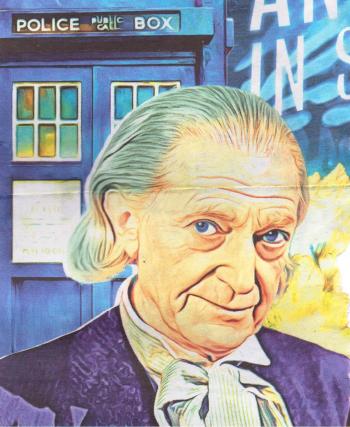 It’s an interesting fact that on the following day the BBC broadcast the first ever episode of Doctor Who.  I think at the time I found that a lot more interesting than Kennedy’s assassination.

Considering the matter of news awareness has made me think about all of the newsworthy events that occurred during that first ten years of mortal existence when I was sublimely oblivious to what was happening in the world.  Lots of momentous things were going on of course it was just that they were not registering on my personal news alert sensor that was only kicked into life the day that John F Kennedy died.

So what had been going on, what events had been taking place that would shape and have an influence on the rest of my life?  I have been giving it some thought …