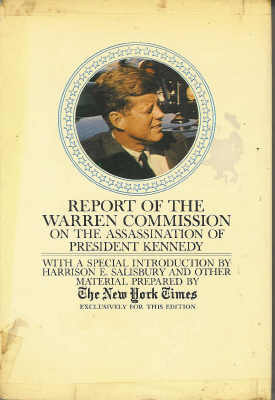 In 1964 the United States passed its official verdict on the Kennedy assassination when ‘The President’s Commission on the Assassination of President Kennedy’, known unofficially as ‘The Warren Commission’, produced an eight hundred and eighty-eight page report that concluded that the gunman Lee Harvey Oswald acted alone in the killing of John F Kennedy. The Commission’s findings have since proven extremely controversial, and have consistently been both challenged and continuously reaffirmed.  Debate and speculation however refuses to go away.

Kennedy wasn’t the only American President to be assassinated and before him Presidents Abraham Lincoln (1865), James Garfield (1881) and William McKinley (1901) died at the hands of assassins, while many other presidents have survived attempts on their life.  But it is not only being President of the United States that is a high risk job because this is an occupational hazard for other high profile people.  In Russia for example, four emperors were assassinated within less than two hundred years of each other, Ivan VI, Peter III, Paul I, and Alexander II.  In Europe the assassination of Archduke Franz Ferdinand in 1914 by Serb nationalist insurgents started World War I and soon after achieving independence from British occupation, Mahatma Gandhi, the leader of the freedom struggle was gunned down.  In Britain the Prime Minister Spencer Perceval was shot dead by a madman in 1812 but happily remains the only British Prime Minister to suffer this fate.

1964 was a busy year in all respects.  In politics there were a lot of changes around the world; in the USSR Khrushchev was deposed and replaced by Leonid Brezhnev, Lyndon B Johnson became the elected President of the United States with the fourth highest ever presidential victory and in Britain the Labour Party won the general election and returned to power after thirteen years of Conservative rule.  The new Prime Minister was Harold Wilson who was one of the most prominent modern British politicians.  He succeeded as Prime Minister after more General Elections than any other twentieth century Prime Minister of the United Kingdom, with majorities of four in 1964, ninety-eight in 1966, five in October 1974, and with enough seats to form a minority government in February 1974. 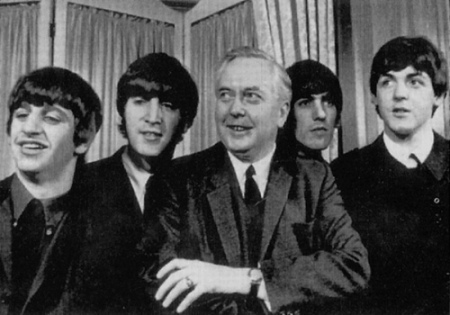 In the world of entertainment Radio Caroline became the first pirate radio station which played continuous popular music and directly challenged the BBC light programme for radio supremacy, the Rolling Stones released their first album and BBC2 was introduced.

These exciting developments meant that we needed new entertainment equipment around the house and it was at about this time that we had our first record player to replace a creaky old radiogram that was difficult to tune in and only played 78 rpm records.   Now for the first time we could play singles and long players and the first two records that were bought to accompany the new record player were a Jim Reeves single and a Black and White Minstrels extended play with four medleys on it.  Later that year Jim Reeves was killed in a plane crash so we never added to that collection and thankfully I don’t think we added any more Black and White Minstrels either.

I used to hate the Black and White Minstrel show which was generally shown on television at Saturday teatime and after the sitcom ‘Love Thy Neighbour’ was one of the most politically incorrect programmes imaginable with white men ‘blacking-up’ as negroes and singing songs from deep south Dixie.  And this was at a time when the Civil Rights movement in the United States was moving up a gear or two and demands for social justice were leading to violence and confrontation.

During this time there was one of the last great efforts by white supremacists to frustrate the introduction of equalities.  The Ku Klux Klan was a bunch of racist bigots that dressed in white cloaks and pointy hats and advocated white supremacy, anti-Semitism, anti-Catholicism, racism, homophobia, anti-communism and nativism.  This was a bunch of genuinely nasty people who you really didn’t want to find knocking on your door in the middle of the night.  The Klan often used terrorism, violence and acts of intimidation, such as cross burning and lynching to oppress African Americans and just about every other social or ethnic group that they couldn’t get on with.

BBC2 was the third British television channel and unlike the other channels available at that time was broadcast only on the 625 line Ultra High Frequency system, so was not available to viewers with 405 line Very High Frequency sets. This created a market for dual standard receivers which could switch between the two systems and anyone who wanted to receive the new channel was obliged to go to the expense of upgrading their television sets.

This sort of thing still goes on today.  Last year I was looking for a new computer and was advised that I would have to buy a PC with Windows Vista which has replaced XP.  This sounded all well and good until I was told that I would have to replace most of my software as well because it would be incompatible with the new operating system.  What a con!  On the subject of computers the computer language BASIC was first introduced in 1964, which was a real breakthrough and led to the greater accessibility and later the introduction of home computers.