In the world of crime in 1966, the Moors Murderers, Ian Brady and Myra Hindley were sentenced to life imprisonment for killing five teenagers and the London gang boss Ronnie Kray murdered rival George Cornell in the Blind Beggar pub on Whitechapel Road by shooting him in the head.  The death penalty had been abolished in 1965 and although Ronnie had the decency to die in 1995 the British tax payers consequently had to pay to keep these evil people alive much longer than they were entitled to expect.  Much later I had a job for a Company with a head office on the Mile End Road in London close to the Whitechapel Road and I visited the Blind Beggar pub but there was no blood on the carpet or up the walls.

In entertainment John Lennon upset America by claiming that the Beatles were more famous than Jesus and had to apologise for that a few months later just before the group played their last ever concert together in San Fransisco, California.  It has been theorised that this rather ill judged remark may have led ultimately to his untimely death because his eventual killer David Mark Chapman was a fan at the time but also a devout Christian and was allegedly deeply offended by what he regarded to be an act of blasphemy.

The cult television show Star Trek began in 1966 and at the end of the year the chain smoker Walt Disney died of lung cancer.

In October there was a terrible tragedy in Aberfan in South Wales when after days of heavy rain a primary school was engulfed with waste from a coal tip that had become unstable and collapsed.  It slid down Merthyr Mountain behind the village at about nine o’clock just as the school was starting the business of the day, killing one hundred and sixteen children and twenty-eight adults. 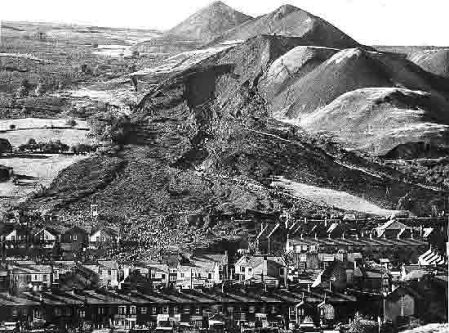 Coal mining was still big business in South Wales the 1960s and all of the towns in the valleys had their pit and their slagheap that consisted of the waste and the slurry that was extracted from the mines.  Coal mining was a dangerous business and there were frequent news items about disasters and deaths and this just seemed to be an acceptable risk associated with the industry but this was something completely different and the death of so many children brought the dangers and the unpleasant nature of the industry to the attention of the public and the Government and may have been one of the early reasons for its eventual demise.

The Town of Merthyr set up a Disaster Fund collecting approximately £1,750,000 by the time the fund closed a year later.  Part of the fund was used to make the remainder of the waste tip safe and the Coal Board thereby avoided the costs of doing the job themselves. The Labour government paid back the £150,000 in 1997, although taking account of inflation this should have been £1.5m.  Although the National Coal Board was found responsible for the disaster at an enquiry, Lord Robens, its Chairman, declared the cause of the slide to be the responsibility of the community and falsely claimed that nothing could have been done to prevent it.  Robens never apologised or showed any sign of remorse.  The NCB was ordered to pay compensation to the families at the rate of £500 per child and the Merthyr Vale Colliery was closed in 1989.  In February 2007 the Welsh Assembly announced the donation of £2m to the Aberfan Disaster Memorial Fund, in part as recompense for the money requisitioned from the fund by the government in the immediate aftermath of the disaster.

For me, life at secondary school didn’t get off to a brilliant start and in my first year at Dunsmore I was in form D.  To put that into perspective that is form D out of A to D; A and B were grammar streams, C were the hopefuls or maybes and D were the hopeless and the write-offs.  A and B studied Latin and Grammar and joined the chess club and D did metal work and wood work and smoked Players No. 6 behind the bike sheds.

Just as at junior school I was hopelessly misunderstood by the teachers so these were not happy days.  I fell in with the back of the class trouble makers and consequently made zero progress in my first full year and was doing best in report book entries and detentions.  I’m afraid I just didn’t find school very stimulating and I was about to set out on frittering away what might otherwise have been five productive years.  I wouldn’t say that I didn’t enjoy school, just that I found it a bit of an inconvenience.  Not as bad as my sister Lindsay however who when she was fourteen went down with the longest recorded case of tonsilitus in medical history and stayed off school for eighteen months until they told her not to bother going back.  On the positive side I did pass my second class swimming certificate in 1966 so it wasn’t a completely wasted year. 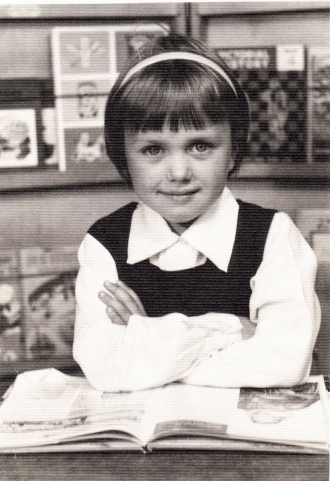