A Life in a Year – 29th March, Commonwealth War Graves 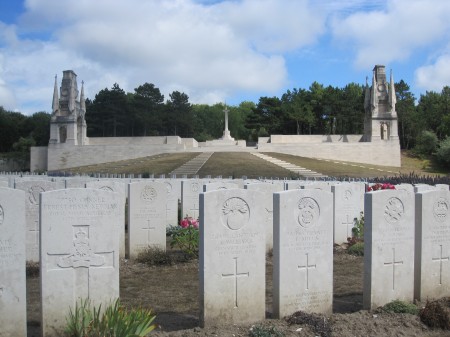 The route to Le Touquet took us towards the old fishing town of Étaples on the river Canche and just outside the town we stopped to visit the largest Commonwealth War Graves site in France where nearly twelve thousand soldiers are buried.

Because of its strategic position Étaples was the scene of much Allied activity during World War One due to its safety from attack by enemy land forces and the existence of railway connections with both the northern and southern battlefields. The town was home to sixteen hospitals and a convalescent depot, in addition to a number of reinforcement camps for Commonwealth soldiers and general barracks for the French Army.  By all accounts this was a truly dreadful place and most soldiers buried in the cemetery died after treatment in the hospitals.  It is said that after two weeks, many of the wounded would rather return to the front with unhealed wounds rather than remain at Étaples.

It was also a particularly notorious base camp for those on their way to the front. Under atrocious conditions, both raw recruits and battle-weary veterans were subjected to intensive training in gas warfare, bayonet drill, and long sessions of marching at the double across the dunes.  There was resentment against the officers who enjoyed the better conditions of Le Touquet and from which the men were forbidden to visit and this led to a famous mutiny in September 1917 which was brutally repressed.

Apart from the solemn rows of white headstones there was no reminder of this unpleasantness today as we entered the cemetery through the impressive memorial designed by Sir Edwin Lutyens (born 29th March 1869) and walked through the carefully tended graves.  I had never visited a war graves site before and it was poignant to read the inscriptions on the graves and sad to see how young so many of them were who never returned to England.  Molly ran and skipped through the rows of graves and I was struck by the fact that she could only do this because of the ultimate sacrifices made by all these men. 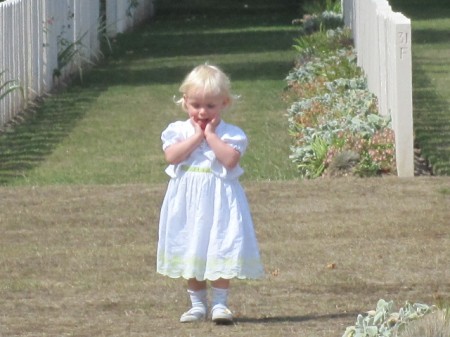