A Life in a Year – 11th July, Telstar and the Tornados

In 1962 world news broadcasting took a giant step forward with the launch of Telstar, which was the first active communications satellite designed to transmit telephone and high-speed data communications around the World.  It was launched by NASA from Cape Canaveral on 10th July and was the first privately sponsored space launch.  Telstar was a medium altitude satellite and was placed in an elliptical orbit that was completed once every two hours and thirty-seven minutes, revolving at a forty-five degree angle above the equator.  The first trans-Atlantic television signal was ground breaking space-age stuff but because of its orbit there were enormous operating restrictions and transmission availability for transatlantic signals was only about twenty minutes in each orbit.

Telstar inspired the composition of a number one hit for the instrumental pop group, The Tornados, which was the first United States number one by a British group. Up to that point there had only been three British solo artists that topped the US chart:  ‘Stranger on the Shore’ by Acker Bilk; ‘He’s got the whole world in his hands’ by Laurie London and ‘Auf Wiedersein Sweetheart’, the first, by Vera Lynn in 1952.  I liked The Tornados but they split up soon after this and my favourites then became the Shadows and the very first long playing record that I owned was ‘The Shadows Greatest Hits’, and I’ve still got it in what is now my redundant vinyl collection. 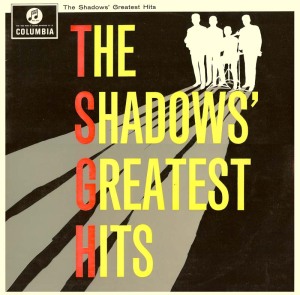 This entry was posted in Age of Innocence, Childhood in the 1960s, Growing up, Growing up in the 1960s, History and tagged Acker Bilk, Cape Canaveral, Telstar, The Shadows, The Tornados, Vera Lynn. Bookmark the permalink.