A Life in a Year – 16th August, Disneyland Paris

August 2009 and we were on holiday in France and had planned a day to go and visit Micky Mouse.  When we had suggested a visit to Disneyland we hadn’t really appreciated just how far it was and it was a shock when the Satnav told us that it was about three hundred kilometres and a two and a half hour journey but there was no going back now because the girls were too excited about the visit to let them down.

To begin with it was a nice easy run along an almost deserted A16 toll road and all we had to worry about was the weather because there was a disappointing start to the day with thick white clouds that blocked out the sun.  We passed the Cathedral city of Amiens and made optimistic estimates of our journey time for the benefit of the girls just like we used to when they were much younger and they found travelling tedious.

Disneyland Paris is the tenth most visited attraction in the World and the third in Europe after The Louvre and Trafalgar Square but despite this it is quite difficult to find.  I suspect that the French have not yet fully overcome their objection to the cultural shock of finding a bit of America in its precious back yard and there is a distinct lack of road signs to help.  Every little child’s playground appears on the direction boards even if it only has a couple of swings and a slide but signs for Disneyland are few and far between and some of those had been deliberately dismantled or interfered with just to make life difficult.

The French have always been reluctant hosts for Disneyland and when it was first built in the 1990’s there were objections that it threatened French culture and the whole Gallic way of life that spilled over into full scale demonstrations against its construction.  The Disney Corporation got their way of course but even now nearly twenty years later there seems to be lingering bitterness and resentment.

We arrived at the Park after three hours, parked the car and walked to the entrance and paid the admission charge of 62€ each for entry into two parks which I thought was a bit optimistic but went along with it anyway and then joined thousands of other visitors as we went through the gates and into Main Street, USA.

It was very crowded and for the first half an hour or so we wandered rather aimlessly through the attractions.  It was getting hot, Molly was getting overheated and agitated, everyone was hungry but the food queues were long and slow to move and I began to wonder if we had made a mistake.  We tried a couple of places but with patience tanks showing empty abandoned them both before finally sticking it out and waiting for an overpriced burger meal in a cowboy themed restaurant.  Then things began to pick up, after a rather messy nappy incident Molly settled down and we started to think straight and make plans and agreed to leave Magic Kingdom and return later that afternoon and in the meantime visit MGM Studios next door.

MGM is smaller than Magic Kingdom but it was a lot less busy and far more comfortable.  Molly slept for a while now and we eventually got to go on some rides, first the Tower of Terror, then the Rock ‘n’ Roller, which was a bit too fast for me, and then the Backstage Studio Tour where even Molly joined us.  Then we returned to the Magic Kingdom with fast track tickets to ride the Big Thunder Mountain but it was temporarily broken down so rather than stay in a queue that was getting longer by the second we went instead to find some rides where Molly could join us.  We went on the Pirates of the Caribbean where she devised her own entertainment in the queue by constantly moving from one to the other of us in a teasing and playful manner.  Then we did the Small World ride twice (because Richard enjoyed it so much) finally got onto Big Thunder Mountain, the girls did a bit of last minute shopping and suddenly it was nearly ten o’clock and time to think about going home.

It was dark now of course so as it is supposed to be the law I thought it sensible to fit the headlamp beam deflectors.  I wasn’t really sure how they should be applied so I just stuck them randomly onto the lenses and hoped that they would work.  This did interfere with the effectiveness of the lights but what made driving especially difficult was that that I didn’t have my night driving glasses and had to set off in sun glasses instead.  This combined to make the journey a bit dark and a bit difficult and after two thirds distance I had to give in to extreme tiredness and let Richard take over the driving duties.

We didn’t arrive home until about one in the morning which made it a very long day but this didn’t stop us from finishing with our customary last thing gin and tonic and we sat for a while and reflected on the day.  I enjoyed Disneyland Paris but having been to the real thing in the USA I have to say that my final assessment is that there is something missing.  It doesn’t have the soul of Disney and feels like a very good theme park rather than the real Disney experience.  It is expensive, the staff are slow and lack enthusiasm for the place and the real disappointment is that the characters are not wandering about so regularly as they are in America where they appear around nearly every corner but here they were restricted to special areas and then only for very short appearances. 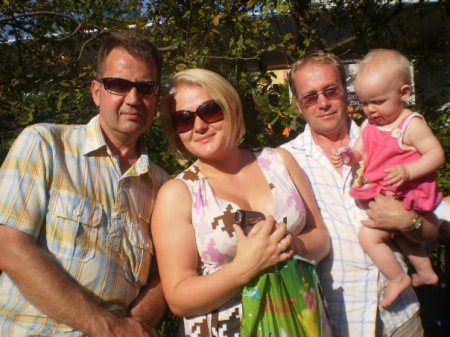