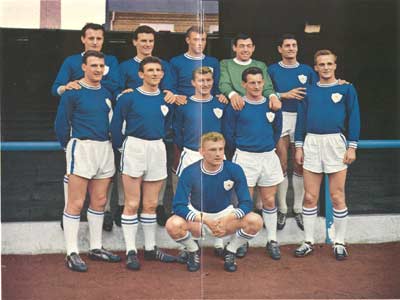 Football was always important to my dad and from about the time I was old enough he to take me to Filbert Street to watch Leicester City.  The first game I saw was against Blackburn Rovers in April 1965 and Leicester won 2-0.

I can recall quite clearly going to the matches in my blue and white hand knitted scarf and bobble hat because this always involved a long walk of about three miles there and three miles back.  Very close to my grandparents house there was a bus stop with a direct service into the city but dad rather cunningly always started out for the match at a time that was certain not to coincide with the bus timetable.  I never caught on to this little trick of course and he had a very brisk walking pace that required me to run along side him just to keep up as he strode out ahead.   It turns out that dad just didn’t like paying bus fares which he considered to be an unnecessary expense.

In the past dad must have seen some football ups and downs because Leicester were always a club who were not quite good enough to stay in the first division (the Priemiership) and just a bit too good for the second division (the Championship) so they were up and down like a yo-yo.  The year that I was born, 1954, was a good year, he must have been happy when City were promoted as second division champions in May just beating Everton to the title by .3 on goal difference.  Their biggest win was 9-2 against Lincoln and their biggest crowd was 51,811, against Everton, I wonder if he was there in the crowd that day cheering them on? 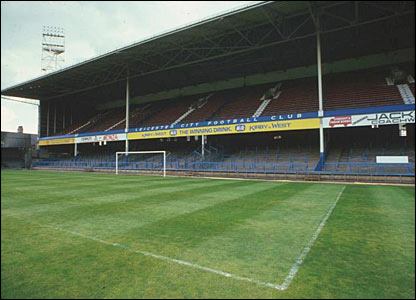 The FA cup was always disappointing and I can remember 1961 when  Leicester reached the FA cup final for the second time and were beaten 2-0 by Tottenham Hotspurs who did the league and cup double that year.  Full back Len Chalmers broke his leg early on and they had to play most of the match with ten men because they didn’t have substitutes in those days.  They reached the cup final again in 1963 and lost to Manchester United and again in 1969 and lost to Manchester City.  They had been there before in 1949 and lost to Wolves and this means that they have the unenviable record of being the only team to reach four FA cup finals and lose them all.

There were some good times though, especially when they won the League Cup twice in the 1990s and the best moment of all when they beat Derby County at Wembley in 1994 with two Steve Walsh goals to get promotion to the Premiership.  We had tickets and went to Wembley for the match and he was really happy that day.

Football grounds were totally different to the all seater stadiums that we are used to now and were predominantly standing affairs.  I was only a little lad so it was important to go early to get a good spot on the wall just behind and to the left of the goal with room to swing my heavy wooden rattle.  This required an early arrival and although matches didn’t start until three o’clock dad used to get us there for the opening of the gates at about one.  This must have required great patience on his part because two hours is a long time to wait for a football match to start standing on cold concrete terracing and I really didn’t appreciate at the time that all of this was done just for me.  In the 1960s of course it was common to have pre-match entertainment when local marching bands would give a thirty minute medley of tunes up until kick off time so at least there was something to watch.

In 2002 Leicester City replaced the Filbert Street ground with a modern new ground close by and called it the Walkers Stadium after the club sponsers.  The last time that I watched Leicester City play with my dad was sometime in the Spring of 2003 when we went to the new ground to see a match.  I don’t remember the opponents or the score and I haven’t been since because dad died in October that year and going to football matches without him would just never seem the same. 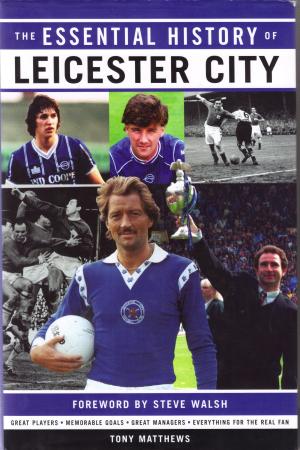 This entry was posted in Childhood in the 1960s, Growing up in the 1960s, History and tagged FA Cup, Filbert Street, Football, Leicester City, Life, Soccer, Sport. Bookmark the permalink.

One response to “Football Matches”