Nuclear Test Sites and the Bikini 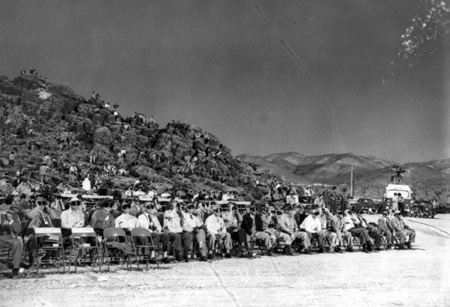 In 1954 the United States began serious nuclear testing in the Pacific Ocean on the island of Bikini Atoll and they carried out the detonation of a massive bomb codenamed Castle Bravo.  This was the first test of a practical hydrogen bomb and the largest nuclear explosion ever set off by the United States.  In fact, a bit like a ten year old with a box of fireworks and some matches, they really had little idea what they were doing and when it was detonated it proved much more powerful than the boffins had predicted, and created unexpected widespread radioactive contamination which has prevented people from ever returning to the island.

Castle Bravo was the most powerful nuclear device ever detonated by the United States, with a yield of fifteen Megatons. That yield, far exceeding the expected yield of four to six megatons which, combined with other factors, led to the most significant accidental radiological contamination ever caused by the United States. In terms of TNT tonnage equivalence, Castle Bravo was about one thousand, two hundred times more powerful than each of the atomic bombs which were dropped on Hiroshima and Nagasaki during World War II.

This event was important for two reasons, firstly it signified the state of tension in the world called the cold war that was around for the next thirty years or so but secondly and subsequently much more importantly it inspired the introduction of the bikini swimsuit.  According to the official version a French engineer called Louis Réard and the fashion designer Jacques Heim invented the swimsuit that was a little more than a provocative brassiere front with a tiny g-string back.  It was allegedly named after Bikini Atoll, the site of nuclear weapon tests on the reasoning that the burst of excitement it would cause on the beach or at the lido would be like a nuclear explosion – plenty of fallout and very hot! 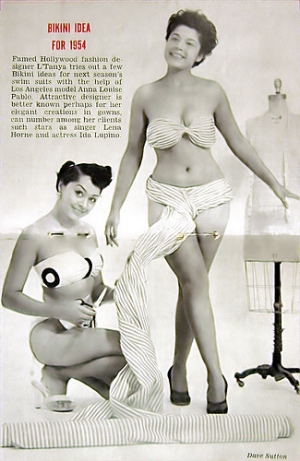 Nuclear testing was a big thing in the 1950s as Washington and Moscow prepared enthusiastically for wiping each other of the face of the earth on the day of Armageddon.  The fact that a major explosion even on the side of the world might have serious consequences for both sides and everyone else in between just didn’t seem to occur to them.

Years later I visited the United States and although I didn’t know this at the time travelled along a road in Nevada that was only a hundred kilometres or so southwest of the Nevada Test Site that is a United States Department of Energy reservation which was established in January 1951 for the testing of nuclear weapons.  The location is infamous for receiving the highest amount of concentrated nuclear detonated weapons in the whole of North America.

The Nevada Test Site was the primary testing location of American nuclear devices during the Cold War and began here with a one kiloton bomb on January 27th 1951.  From then until 1992, there were nine hundred and twenty eight announced nuclear tests at the site, which is far more than at any other test site in the World, and seismic data has indicated there may have been many unannounced secret underground tests as well.

During the 1950s the familiar deadly mushroom cloud from these tests could be seen for almost a hundred miles in all directions, including the city of Las Vegas, where the tests instantly became tourist attractions as Americans headed for the City to witness the spectacle that could be seen from the downtown hotels.  Even more recklessly many others would thoughtlessly drive the family to the boundary of the test site for a day out and a picnic to view the free entertainment.  In doing so they unsuspectingly acquired an instant suntan and their own personal lethal dose of radioactive iodine 131, which the American National Cancer Institute, in a report released in 1997, estimated was responsible for thousands of cases of thyroid cancer in subsequent years. 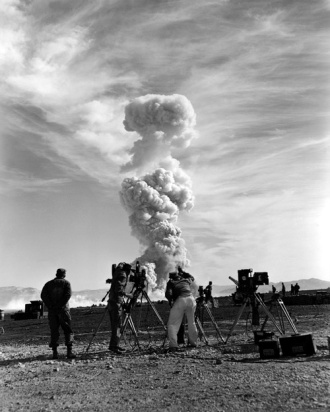