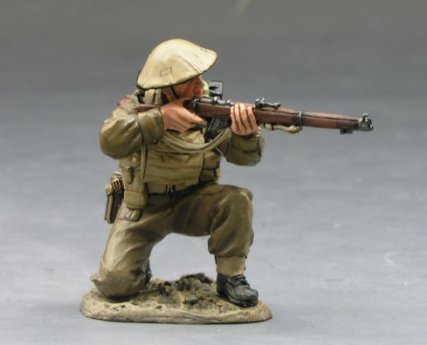 The Second World War in Europe came to an end on ‘Victory in Europe’ (VE) day on 8th May 1945 and I was born just over nine years later. Nine years doesn’t seem very long after such a tragic event that consumed Europe and the World but because it was so close to what would become my childhood years the war had an influence on my growing up.

I was bought up on tales of the war told to me by my father, these were always gallant tales about impossibly brave paratroopers and square jawed commandos, about fearless desert rats and valiant fighter pilots, about courageous heroes and stiff upper lips, about medals and honours; I am certain that he never really understood what the war was like in its brutal reality.

He had books about the war; ‘The War’s best photographs’, ‘The Empire Youth Annual’ and three bound volumes of the weekly newspaper ‘The War Illustrated’. These told the stories of the sinking of the Bismarck, the Dam Busters raid and Montgomery’s victories in the North African desert.  The horror of the war in the East and the inhumanity of the Nazi concentration camps didn’t feature quite so predominantly and so fuelled by dad’s stories and patriotic British war movies starring Kenneth More and Richard Todd I grew up in some way thinking war was glamorous, brave and worthy.

It might be frowned upon now but in the 1960s dressing up as soldiers and playing with toy guns was quite normal.  I certainly had a plastic tommy gun, make believe grenades, and a hand gun although I have to confess that although this wasn’t terribly patriotic my favourite was a replica German Luger pistol.  I also had a commando knife with a realistic retractable blade on a spring so it actually looked as though I was stabbing someone and a plastic tin hat.  Actually I had a real second world-war British helmet but it was too big and too heavy and I have no idea what happened to it, mum probably used it for a plant pot to grow geraniums!

We spent happy afternoons shooting at each other, being shot, recovering, getting shot again, recovering and then finally carrying out a successful daring commando raid to destroy a U Boat pen or an important military installation.

The house we lived in was built on an old tip and behind that was ‘The Bank’, which was a strip of trees and undergrowth that was good for playing jungle war games when we were pretend fighting the Japanese in make believe Burma. What is now Featherbed Lane used to be Sandy Lane, which was an unpaved track and in the adjacent trees was a long abandoned car that in our imagination we converted into a Churchill Tank.  A narrow path ran from Sandy Lane to Tony Gibbard’s garden where two trees, one large and one small (I can’t remember what species), were converted into tree houses and frequently doubled up as a Lancaster bomber for night bombing raids over Germany and a Spitfire fighter a Battle of Britain dogfight.  You certainly had to have a vivid imagination to achieve this childhood fantasy transformation.

I am not sure exactly when I stopped playing soldiers, I cannot pinpoint the exact moment but it might have been sometime in 1966 when the toy company Palitoy produced and sold ‘Action Man’ which was a plastic toy soldier that you could buy uniforms for and dress up – yes, dress up, like a Sindy doll.  Well, that was all a bit too girly for me, I remember being alarmed that my cousin Robert had got one, and I think this unnatural feminine intrusion into a boy’s world helped bring to an end my back garden war games.

Just for the record – I never owned an Action Man doll! 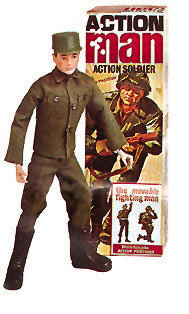 This entry was posted in Childhood in the 1960s, Growing up, Growing up in the 1960s, History and tagged Action Man, Culture, Life, Travel, War Games, World War Two. Bookmark the permalink.