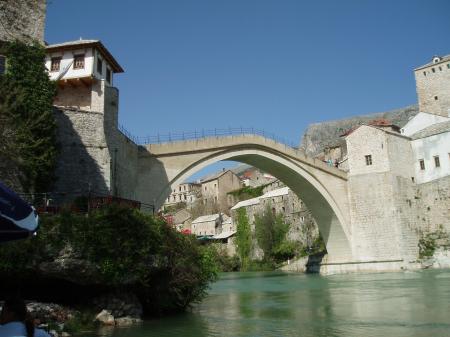 Stari Most is a 16th century Ottoman bridge in the city of Mostar, Bosnia- Herzegovina that crosses the river Neretva and connects two parts of the city. The Old Bridge stood for 427 years, until it was destroyed on November 9th 1993 by Bosnian Croat forces during the Croat-Bosniak War. Subsequently, a project was begun to reconstruct it, and the rebuilt bridge opened on July 23rd 2004.

Between 1992 and 1993, after Bosnia and Herzegovina declared independence from Yugoslavia, the city was subjected to an eighteen month siege.  Amongst destroyed monuments were a Franciscan monastery, the Catholic Cathedral and the Bishop’s Palace, with a library of fifty thousand books, as well as the Karadžoz-bey Mosque, Roznamed-ij-Ibrahim-efendija Mosque and twelve other Mosques and all of the bridges across the river.

During the Yugoslav wars, the objectives of nationalists from Croatia were shared by Croat nationalists in Bosnia and Herzegovina. What I didn’t know was that after the expulsion of the Serbs the Croats turned on the Bosnians and they proclaimed the existence of the Croatian Community of Herzeg-Bosnia, as a separate ‘political, cultural, economic and territorial whole’ on the territory of Bosnia and Herzegovina.

Mostar was divided into a Western part, which was dominated by the Croat forces and an Eastern part where the Army of Republic of Bosnia and Herzegovina was largely concentrated. The Croatians controlled all roads leading into Mostar and international organisations were denied access and they took over the west side of the city and expelled thousands of Bosniaks from the west side into the east side and heavy shelling reduced much of the historic centre of Mostar to rubble.

The Croatian army engaged in mass execution, ethnic cleansing and other atrocities against the Bosniak people of Mostar and a fierce siege and shelling campaign on the Bosnian Government run East Mostar. Finally they committed the atrocity of destroying the famous Stari Most Bridge. I had simply not understood these ethnic tensions existed between Croatians and Bosnians. 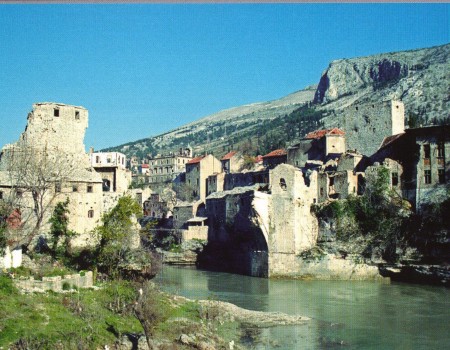 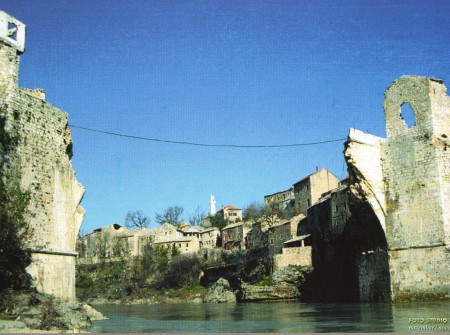 6 responses to “Stari Most Bridge, Mostar”