On 12th September 1959 the first episode of the TV Western Bonanza was broadcast. Lasting 14 seasons and 431 episodes, it ranks as the second longest running western series after Gunsmoke and repeats are still aired regularly even today.

Bonanza was a wholesome, good triumphs over bad, TV western but for me had some unanswered questions as well.

Ben Cartwright was the wise and intelligent father, the eldest son Adam was the smart one who had designed and built the Ponderosa Ranch, Hoss by contrast was hopelessly dim but as strong as an ox and the youngest son, Little Joe was a romantic with a fiery temper.  Because they didn’t have a woman about the ranch to do the chores the Chinese cook, Hop Sing, completed the household personnel and there must have been a cleaner somewhere because for a house shared by five men the ranch was always spotlessly clean.

Now, in 1950’s and 1960’s westerns the characters had manly names like Cheyenne Body, Rowdy Yates, Bronco Lane, Flint McCullough, some had only one name like Paladin in Have Gun Will Travel and some were so tough they didn’t have a name at all, like the Virginian. Inexplicably Hoss’ real name was Eric!  Who’s ever heard of a cowboy called Eric for goodness sake? I’d like to have been at the meeting when the scriptwriters introduced the characters:

Producers:      “OK, if you insist but let’s give him a nickname just to be sure”

Producers:      “OK call him Eric but let’s call him Hoss instead, that’s much better”

It was hardly surprising that Ben wasn’t married anymore because each of the sons had a different mother and they had all come to a premature end.   Adam’s mother was Elizabeth, who died in childbirth.  Hoss’ mother Inger was killed by Indians, and Little Joe’s mother, Marie, died after falling off her horse.  Poor old Little Joe inherited this misfortune from his father because there was always one thing that you could be sure of in Bonanza and that was that if he met a woman and fell in love the unfortunate actress had only got a one episode contract and was sure to die! 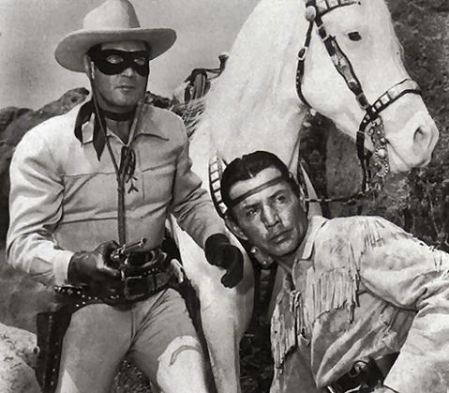 Firstly, why was he called the Lone Ranger when he was never alone?  He was accompanied everywhere by his loyal Indian friend Tonto.  Perhaps native Americans didn’t count in the 1950’s?

Secondly, the most baffling thing about the Lone Ranger was that he wasn’t the sort of guy you would miss easily in a crowd.  He wore a powder blue skintight costume  and a broad brimmed white Stetson, wore a mask to conceal his face, had a deep baritone voice and rode in a black buckled saddle on a white stallion called Silver.  It was surprising therefore that no one could ever recognise him!  Now I’d have thought that word would have got out about someone as characteristic as that.  Interestingly the only thing that gave him away usually came at the end of the show and when asked who he was by a cerebrally challenged frontiersman he would pass the enquirer a silver bullet and then the penny would finally drop.  “That was the Lone Ranger,” they would announce as the masked stranger and Tonto galloped off at an impossibly high speed to the sound of Rossini’s William Tell overture.

Other favourite TV westerns of mine were: 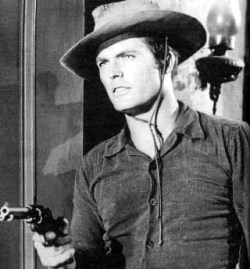 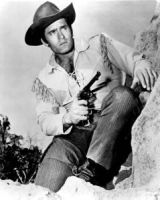 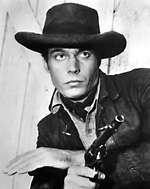 Have Gun will Travel 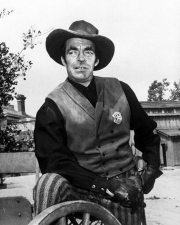 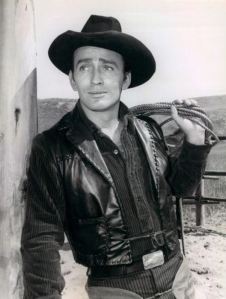 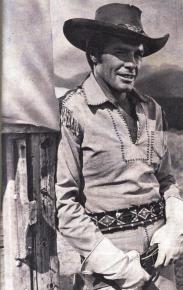 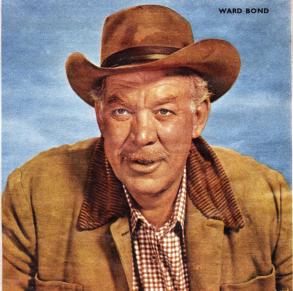 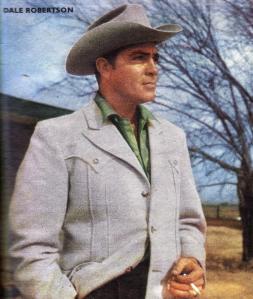 One response to “TV Westerns”