The Wonder of Woolies 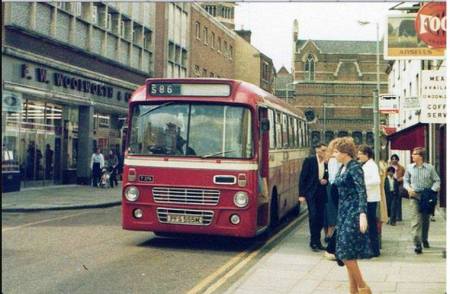 When I was a boy the Rugby store at 30 High Street was one of my favourite shops in town.  It was big, it was bright, it was cheap and gaudy and it was like an Aladdin’s cave full of treasure.

I don’t know for sure how long it had been there but there are some old pictures of the town that show it in the 1950s in a fine old building but some time in the early 1960s Rugby got the full attention of the modernist town planners and much of the historic centre was swept away in a frenzy of demolition and rebuild. By the 1960s Woolworths was located in a modern brick and glass building with a concrete façade which would have looked trendy then but now just looks firmly and inappropriately time locked in its post war conception. 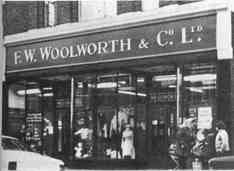 The dark days of Winter were the best time to visit Woolworths because stepping out of the gloom into the bright lights was like visiting Santa’s grotto.  The Rugby store was a big one, on three levels and with entrances from both High Street and Sheep Street which pre pedestrianisation were busy main roads cutting through the middle of town from Market Place to Hillmorton Road and as well as Woolworths there wasMarks and Spencers, Boots the Chemist, International Stores and a number of small local shops, sadly, mostly now gone. 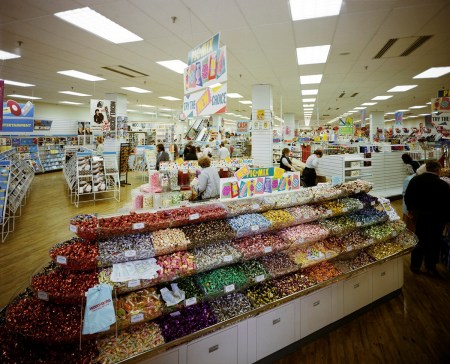 Before it was modernised with tills at the exits it was a curious mix of the old and the new shopping experience. It had worn wooden floors and counters arranged in sections that were part self-service and partly manned by shop assistants.

Each section advertised its wares with a cardboard sign in a sort of aluminium picture frame which wobbled about on the counter. ‘Pick n Mix’ was close to the door with a mouth watering array of fizzy and hard boiled sweets sponsored probably by the local dentists.  Once past this distraction there were toys and games, hardware, gardening, shoes and clothing counters.  There were records too but these were mainly cheap long playing records not performed by the original artist. 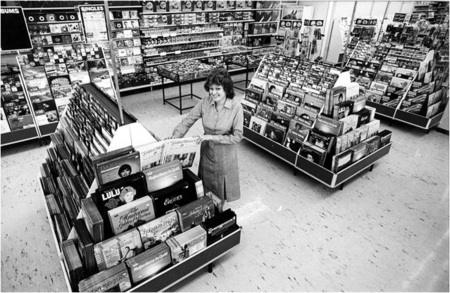 Shop-lifting was a problem for Woolworths and on the subject of thieving, Rugby School Boys were not allowed to shop in the store and I always thought this was due to some snobbish rule imposed by the public school itself but it turned out that it was in fact a ban by the management of Woolies because despite the fact that the pupils were from very well off families they used to nick so much stuff that it had a negative effect on store profits.

Progressing deeper into the store the counters became less interesting for young children , clothes, kitchen ware, electrical items and furniture.  Upstairs, via the escalator on one side and stairs on the other, was really for serious mum and dad shopping and there was a cafeteria for tea and a sandwich.  The third floor was accessed by what seemed to be a curious set of back stairs but I can’t remember anything especially interesting on this floor. 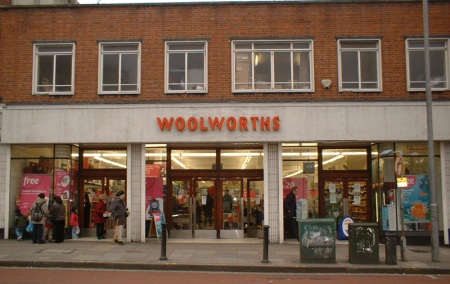 Woolworths was rather like a giant indoor playground with lots of interesting things to do.  One of my favourites was the weighing machine right near the door.  It was big and red and had a massive dial which swung round when you stood on the metal plate.  You had to put money in the machine to make it work, probably no more than a penny or so, so we used to try and fool it to weigh each one in turn but this never worked because as soon as two people got on and one stood off then the dial collapsed to its starting point as though by magic.

Woolworths was at its very best around December time when the place filled up for Christmas and for a young boy with a few shillings to spend on family presents this was the place to spend a Saturday afternoon and get all the shopping done in one go in just one store – it was brilliant.  I seem to remember that it was good at Easter as well when there were rows and rows of chocolate Easter eggs taking up more than its fair share of floor space.

Sadly, Woolworths ceased trading and went into voluntary liquidation in November 2008 and shortly after that the Rugby store, along with all of the others across the country, closed their doors for good on 27th December.

I don’t know what replaced it because I don’t visit Rugby any more but the loss of Woolies in Rugby and High Streets across the country must surely remain one of the biggest retailing disappointments of the last few years. 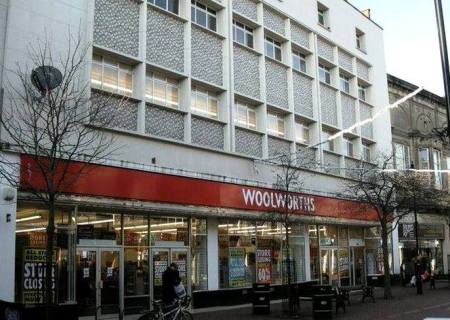 37 responses to “The Wonder of Woolies”