I have mentioned before that, in his memory box, dad kept the front pages of three newspapers: 7th February 1958, the Munich air disaster, 23rd November 1963, the Kennedy assassination and finally the Daily Mail of 25th January 1965 which reported the death of Sir Winston Churchill.

I think that few would argue that Winston Leonard Spencer Churchill was probably the greatest Briton of all time.  I know that I can say this with some confidence because in 2002 the BBC conducted a nationwide poll to identify who the public thought this was.  The result was a foregone conclusion and Churchill topped the poll with 28% of the votes.

The BBC project first identified the top one hundred candidates and the final vote was between the top ten.  Second in the poll was the engineer Isambard Kingdom Brunel who received nearly 25% of the votes.  These two I fully agreed with but in third place, and goodness knows what the public must have been thinking, was Princess Diana!

In fact Winston Churchill was so great that he was awarded a State Funeral and that doesn’t happen very often because this requires a motion or vote in Parliament and the personal approval of the Monarch.  A State Funeral consists of a military procession using a gun carriage from a private resting chapel to Westminster Hall, where the body usually lies in state for three days.  The honour of a State Funeral is usually reserved for the Sovereign as Head of State and the current or past Queen Consort. 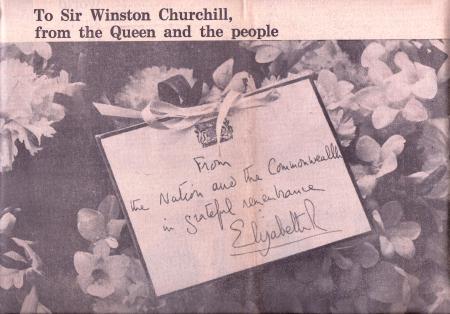 Very few other people have had them:  Sir Philip Sydney in 1586, Horatio Nelson in 1806, the 1st Duke of Wellington, 1852, Viscount Palmerston in 1865, William Gladstone, 1898, the 1st Earl Roberts of Kandahar, 1914, Baron Carson in 1935 and Sir Winston Churchill.   So this is a very small list indeed although it might have included one more but Benjamin Disraeli, the Queen’s favourite Prime Minister, who was offered the honour of a State Funeral refused it in his will.  We might have to wait a very long time for the next one. 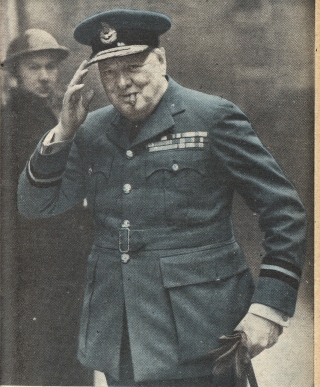