These days I can’t really understand the point of catching fish but I used to go fishing for about three years between ten and thirteen years old.  I had a three piece rod, two parts cane and the third part sky blue fibreglass with a spinning reel which, to be honest, I never really got the hang of, a wicker basket, a plastic box for my various floats and miscellaneous bait boxes for bread, cheese, garden worms, maggots and ground bait.

Fishing was generally quite boring but one day became quite lively when my friend Colin Barratt (who was forbidden by his parents to go to the canal on account of not being able to swim) fell in while struggling to land a four-ounce Perch with a home made rod and line.

He had turned up just as we were about to go to the canal so we made him a rod from a garden cane with a bit of string and a nylon line and hook and persuaded him, against his better judgement, join us.  One minute he was standing on the towpath with his garden cane rod and bit of string and there was an almighty splash and Colin was thrashing about in the water, spluttering and gasping and generally struggling for his life.  Between us we dragged him out without having to jump in ourselves and took him home and left him dripping and bedraggled on the doorstep.  We didn’t see him again for about three months after that but to make him feel better we told him that it was a monster Pike that had pulled him in.

This story was not all childhood fantasy I have to say and had some dubious foundation in fact because there was always a story that there was a big fish lurking in the reeds on the opposite bank to the towpath that was alleged to be a trophy pike which is a rather big fish that can live for thirty years and grow to over thirty pounds in weight – always supposing that no one is going to drag it out of the water on the end of a fishing line that is. 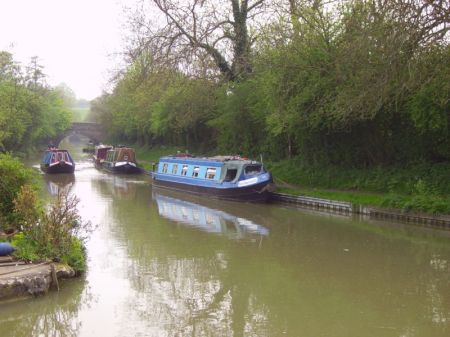 We never really caught very much, a few greedy perch, the odd roach and loads and loads of gudgeon but there was never enough for a good meal.  Sometimes if we were fishing too close to the bottom we would bring up a crayfish and the only sensible thing to do was to cut the line and throw it back, hook and all.

Actually by the time I was thirteen I had tired of fishing in the same way that I had tired of Boy Scouts and Saturday morning cinema because by this time I had discovered girls and the only good thing about the canal towpath after that was that it was a good place for snogging.  I didn’t really like catching fish at all, I thought it was cruel, so used to dangle a hook in the water with no bait attached while I concentrated on adolescent activities.

Water always had a special attraction and when we weren’t messing about on the canal there was always Sprick Brook where we used to fish for minnows and red-breasted Sticklebacks and take them home in jam-jars in the days before goldfish.  Sprick brook ran under the railway bridge on Hillmorton Lane and was just the sort of place where you could have an accident and no one would find you for days until someone organised a search party.

I still find fishing completely pointless and I am always amused by people who have twelve foot rods and sit on one side of the river and I always want to ask them why they don’t just get a shorter one and go and sit on the opposite bank?

Maybe it is because fish are just too smart.  One time in Portugal at the  the ancient town of Ponte de Lima I walked across a bridge that crosses the River Lima into the town and watched some men optimistically trying to catch the huge carp that we could see clearly swimming in the water below and teasing the optimistic fishermen on the bridge above.  They were big fish and had been around a long time so I don’t think they were going to get caught that afternoon.  If it was a pike that pulled Colin into the canal that afternoon I like to think it knew exactly what it was doing! 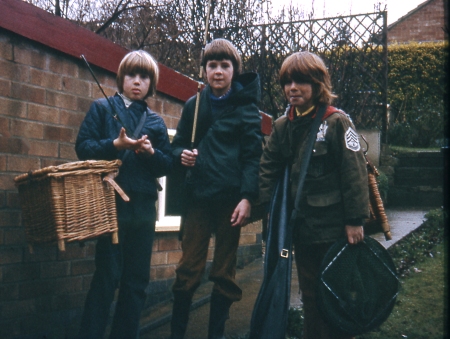 This entry was posted in Childhood in the 1960s, Children, Growing up, Growing up in the 1960s, History, Holidays and tagged Angling, Fishing, Hillmorton Canal, Isaac Newton, Life, Sprick Brook Hillmorton. Bookmark the permalink.