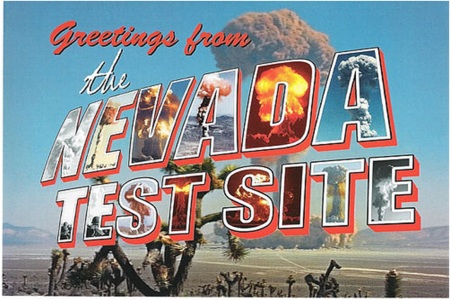 Last time I took a look at nuclear weapons testing and finished with the bikini swimsuit.  Anyway, back now to the serious stuff of destroying the World!

Nuclear testing was big business in the 1950s as the United States and the Soviet Union prepared with stubborn enthusiasm for wiping each other permanently off the face of the earth.  The fact that a major explosion even on the opposite side of the World might have serious consequences for both protagonists and pretty much everyone else in between just didn’t seem to occur to them.

What also seems foolish to me is that both the US and the Soviet Union carried out nuclear testing within the boundaries of their own countries which is rather like setting the chip pan on fire in the kitchen of blocking up your own WC – rather foolish.  Compare this with the strategy of Great Britain which was much more sensible in this regard and who carried out its own modest nuclear bomb experiments on the other side of the World, in Australia, and although Australians like to call us whinging Poms they have done nothing but complain about this ever since!

Years after all this nuclear testing stuff, in 1996, I visited the United States and although I didn’t know this at the time travelled along a road that was only a hundred kilometres or so southwest of the Nevada Test Site which is a United States Department of Energy reservation which was established in January 1951 for the sole purpose of testing of nuclear weapons and the amount of damage that they could do.

Forget Bikini Atoll, this location is infamous for receiving the highest amount of concentrated nuclear detonated weapons in all of North America.

The Nevada Test Site was the primary testing location of American nuclear devices during the Cold War and began here with a one kiloton bomb on January 27, 1951.  From then until 1992, there were nine hundred and twenty eight announced nuclear tests at the site, which is far more than at any other test site in the World, and seismic data has indicated there may have been many unannounced and more secretive underground tests as well. 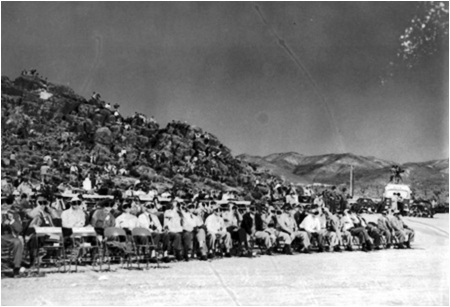 During the 1950s the familiar deadly mushroom cloud from these tests could be seen for almost a hundred miles in either direction, including the city of Las Vegas, where the tests instantly became tourist attractions as Americans headed for the City to witness the spectacle that could be seen from the downtown hotels.  Even more recklessly many others would thoughtlessly drive the family to the boundary of the test site for a day out and a picnic to view the free entertainment.  In doing so they unsuspectingly acquired an instant suntan and their own personal lethal dose of radioactive iodine 131, which the American National Cancer Institute, in a report released in 1997, estimated was responsible for thousands of subsequent cases of thyroid cancer.

Continuing the nuclear theme, the world’s first atomic power station was opened near Moscow in Russia and knowing now how careless the Russians were with anything nuclear this was probably something that world needed to worry about.

Just look what happened at the Chernobyl nuclear plant in the Ukraine in 1986 when a reactor accident at a nuclear power plant resulted in the worst nuclear power plant accident in history and the only incident ever to record level seven on the International Nuclear Event Scale (and on a scale of zero to seven, believe me, that’s pretty serious!) The accident resulted in a severe nuclear meltdown and a plume of highly radioactive fallout released into the atmosphere and over an extensive geographical area to the extent that it remains uninhabitable today and almost certainly for many more years to come as well. 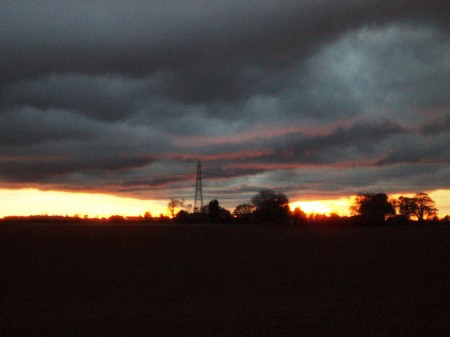 Mind you, we British could also arrange a nasty little nuclear disaster of our own and on 10th October 1957 the graphite core of a nuclear reactor at Windscale in Cumberland caught fire, releasing substantial amounts of radioactive contamination into the surrounding area. The event, known as the Windscale fire, was considered the world’s worst reactor accident until Three Mile Island in 1979 before both incidents were dwarfed by the Chernobyl incident.

Here are the results of the Cold War: The West 3 (Bikini Atoll, Three Mile Island, Windscale) – USSR 1 (Chernobyl)  – four own goals by the way!

I leave 1954 with some thoughts about news coverage, which is what has stimulated these posts in the first place.  It is significant that the very first television news first bulletin in the UK was shown in 1954 on BBC TV, which is obvious of course because there was no ITV until 1955, and presented by Richard Baker, who was also by coincidence born on 15th June (1925).

He was required to give off screen narration while still pictures were put in front of the camera, this was because, and I really find this hard to believe, television producers were concerned that a newsreader with facial movements would distract the viewer from the story. On screen newsreaders were only introduced a year later, in 1955, and Kenneth Kendall was the first to appear on screen.  Kenneth Kendall , it has to be said, was unlikely to distract viewers from the important stories of the day but on the other hand it was probably difficult to concentrate on the weather forecast in this sort of bulletin…

This entry was posted in Age of Innocence, Childhood in the 1950s, Growing up, Growing up in the 1950s, History and tagged Nevada Test Site, Nevada USA, Nuclear Testing, TV News, TV Weather, USA. Bookmark the permalink.