International relations took a down turn when following the Bay of Pigs incident in the previous year Nikita Khrushchev gave the go-ahead in the summer of 1962 for Russian nuclear missiles to be installed on Cuba to protect it from any future United States led invasion and also to counterbalance its superiority in long and medium range nuclear weapons based in Europe.

After a United States Air Force spy plane spotted the missile bases, the news was announced by President Kennedy and for a week the world hovered on the brink of all out nuclear war while everyone waited to see what the hawkish President would do.  It was the Soviets who eventually backed down after Khrushchev accepted a Kennedy promise not to invade Cuba and to decommission nuclear missiles based in Turkey.  Kennedy publicly agreed to the first request and secretly agreed to the second.  The United States ended its blockade in November, the Soviets removed their nuclear weapons by the end of the year and the missiles in Turkey were withdrawn in 1963.

One good thing however was that a hot line between the USA and USSR was set up to prevent such a crisis happening again.

1962 brought a welcome end to political extremism in Britain when the former fascist leader Sir Oswald Mosley was assaulted at a rally in London’s East End when he and members of his anti-Semitic Blackshirt group were punched to the ground when he tried to address a meeting.  A crowd of several thousand had gathered in the area, where Sir Oswald, leader of the Union Movement formerly known as the British Union of Fascists, planned to speak from the back of a lorry but his speech was drowned out by continuous boos and a chorus of ‘down with the fascists’ which perhaps confirmed that Britons really had never had it so good and there was no appetite for political rabble rousers.

Sir Oswald was a former Labour Member of Parliament and junior minister who became leader of the British Union of Fascists in 1932.  During the war, he and his wife were interned for being a threat to national security and then in 1948 he formed the Union Party but failed to ever make a breakthrough in post-war British politics.  No more was heard of Sir Oswald after 1962 and he retired into exile in France.

Just before Christmas 1962 the winter in Britain began abruptly.  The weather in the first three weeks of December was changeable and sometimes stormy but just before Christmas the cold set in and there wasn’t another frost free night until 5thMarch 1963.

On the 29th to 30th December a blizzard roared across the southwest of England and Wales, snow drifted to over six metres deep in places and this caused road blockages and cut railway lines.  The snow left villagers stranded and power and telephone lines were brought down.  Stocks of food ran low and farmers couldn’t reach their livestock.  As a result thousands of sheep, ponies and cattle starved to death.   The continuous freezing temperatures meant that the snow cover lasted for over two months and the winter of 1962/63 was the coldest over England and Wales since 1740, colder even than 1947, with mean maximum temperatures for January and February 1963 more than 5 °c below the average.

All of this exceptionally cold weather came from the east with a weather band stretching all the way from the Baltic, so if the evil Russians didn’t get us with their nuclear missiles they certainly got us with a vicious attack of frost! 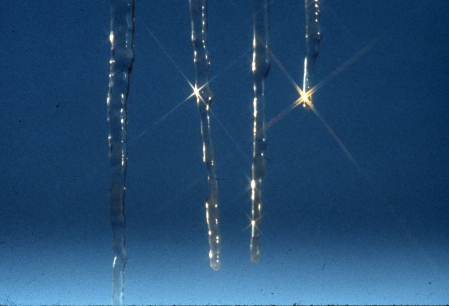 This would have been quite an ordeal I’m certain because like most people in 1962 we lived in a house without central heating and this was in the days long before double glazing and thermal insulation.  I don’t think we even had a fitted carpet!  The house had an open fire in the lounge and a coke boiler in the kitchen to heat the water and that was it.  Sitting around the fire was quite cosy of course but when it came to bed time this was a real ordeal. 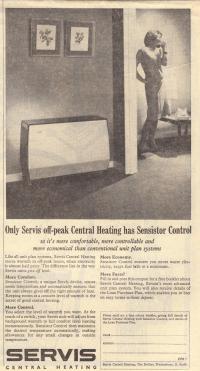 The bedrooms weren’t heated in any way and the sheets were freezing cold and we certainly didn’t go to bed without a hot water bottle and thick flannelette pyjamas and without modern duvets, as it got colder, we had to rely on increasing numbers of blankets piled so high that you could barely move because of the weight.  When the house ran out of spare blankets overcoats were used instead.  During the night the temperature inside the house would drop to only a degree or two higher than outside and in the morning there was frost and ice on the inside of the windows that had to be chipped off with a knife before you could see outside.

I can remember the mornings well, first I’d hear dad get up and I would hear him making up the fire and raking the coke boiler ready for ignition.  He always did this job in his maroon and white check work shirt.  After fifteen to twenty minutes or so it would be time to leave the comfort of the warm bed and go and see what sort of a job he was making of it.

On a good day the fire would be well established and roaring away and the temperature in the house would be limping up towards freezing but on a bad day he would be fighting to get it going and would be struggling with a newspaper stretched across the grate trying to ‘draw’ the fire into life and the house would still be at the temperature of the average arctic igloo.  The house would still be cold by the time we had had our porridge and gone to school or to work and then it would be mum’s job to keep it going all day so that by tea time when we all came home it was nice and warm again.

Once outside the snow was glorious good fun and on the way to school we constructed lethal slides along the pavements and on the verges and transformed the route to school into a Cresta Run of excitement without giving too much thought to the people that this might inconvenience such as the elderly and the infirm who as far as we were concerned would just have to simply take their chance along with everyone else.  We worked for days to polish an especially perilous bit of pavement into a down hill slalom course and then Mrs Wright from across the road destroyed it with a tub of Saxa salt and we all hated her forever after that.

This entry was posted in Childhood in the 1960s, Children, Growing up, Growing up in the 1960s, History and tagged Bay of Pigs, Cuba, John F Kennedy, Lady Chatterley's Lover, Marilyn Monroe, Nikita Khrushchev, Oswald Mosley. Bookmark the permalink.