Age of Innocence – 1963, End of the Railways and The French Language 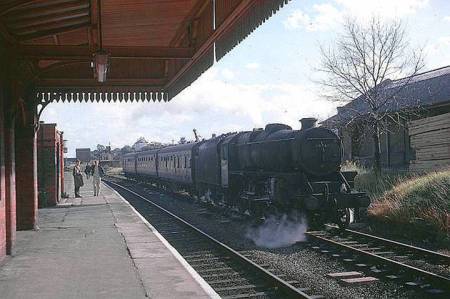 In the United Kingdom 1963 was a bad year for railways and the Beeching report in March proposed that out of Britain’s then twenty-nine thousand kilometres of railway, nearly ten thousand of mostly rural branch and cross-country lines should be closed.

The name derives from the main author of the report ‘The Reshaping of British Railways’, Dr. Richard Beeching, and although this report also proposed the development of new modes of freight service and the modernisation of trunk passenger routes, it is best remembered for recommending the wholesale closure of what it considered to be little-used and unprofitable railway lines, the removal of stopping passenger trains and closure of  many local stations on other lines which remained open.

The report was a reaction to the significant losses which had begun in the 1950s as the expansion in road transport began to transfer significant passenger and goods traffic away from the tracks and British Railways continued making increasingly large losses despite the introduction of the railway modernisation plan of 1955. 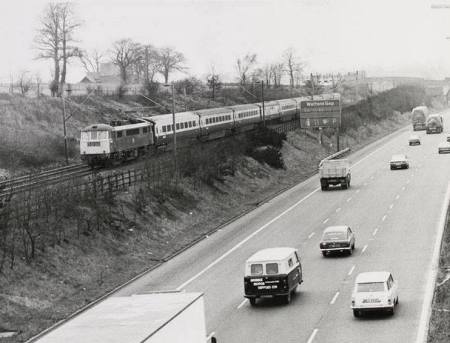 Beeching proposed that only drastic action would save the railways from increasing losses in the future.  Thousands of kilometres of railway track were removed and hundreds of stations were closed in the decade following the report and many other rail lines lost their passenger services and were retained only for freight.

This was significant for us because the Beeching Axe closed the Great Central Railway that ran from London Marylebone to Manchester Piccadilly but rather critically for us connected Rugby to Leicester and my grandparents.  Every other Saturday we used to use the steam train to Leicester via Lutterworth, Ashby Magna and Whetstone to Leicester Central and then a bus to Narborough Road (if we were lucky, Dad preferred to save the money and make us walk) to visit the folks.

With no convenient alternative route available to visit them, or to get to the football matches, this must have been an important factor in dad’s decision to learn to drive and join the motoring age. 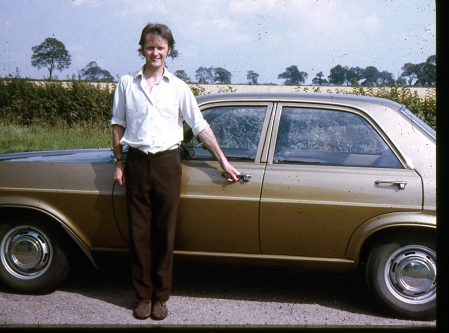 In 1963 President Charles de Gaulle denied the United Kingdom access to the Common Market.  Membership applications by the United Kingdom to join the European Economic Community were refused in 1963 and 1967 because de Gaulle said that he doubted Britain’s political will and commitment so really quite prophetic.

It is generally agreed however that his real fear was that English would become the common language of the community and replace French.  Britain was not admitted to the EEC until 1973, three years after the ungrateful, pompous and stubborn old farts death.

And the French are still precious about their language even today but their reluctance to communicate in or even simply acknowledge English gives me the opportunity to demonstrate my fluency in everyday essentials and I have to use all of that knowledge on my occasional visits there: 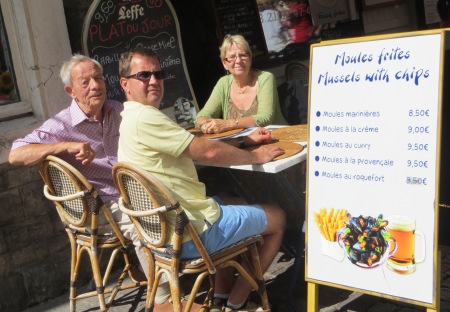 1963 was the year of the Great Train Robbery when Ronnie Biggs and his gang stopped a train in an audaciously simple sting and stole £2,631,784 from a mail train in Buckinghamshire, that is the equivalent of about forty million pounds at today’s values so was a fairly important event.

On a black note Myra Hindley and Ian Brady began their campaign of abduction and murder of young people in the United Kingdom and in the United States the notorious San Francisco jail of Alcatraz was closed and the prisoners dispersed to more hospitable establishments.

The world finally came to its senses and realised that a nuclear war would most probably destroy the entire world and everyone in it, including those who dropped the bomb, and the United States, the USSR and bizarrely the United Kingdom (this must have been a recognition of former greatness) signed the partial nuclear test ban treaty which banned nuclear tests in the atmosphere, underwater and in space, sadly however, neither France nor China, signed the treaty and continued with the dangerous practice of exploding nuclear devices.

Popular music was becoming increasingly culturally important in the world and in 1963 the Beatles released their first long playing record ‘Please Please Me’ and Beatle mania followed almost immediately.  I never understood this; I was a Rolling Stones man and always considered the Beatles to be overrated, which was a shame because I had a lot years without enjoying their music.  My personal conversion came in 2003 when I bought ‘Let it Be, Naked’ and the penny finally dropped.  Since then I have bought the entire back collection and kick myself for not having appreciated it the first and original time around. 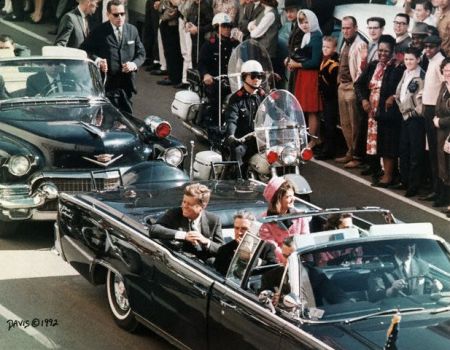 … More about this next time.

This entry was posted in Age of Innocence, Childhood in the 1960s, Children, Growing up, Growing up in the 1960s, History and tagged Alcatraz, Charles de Gaulle, Great Train Robbery, John F Kennedy, Nuclear Testing, Rolling Stones, The Beatles. Bookmark the permalink.

17 responses to “Age of Innocence – 1963, End of the Railways and The French Language”