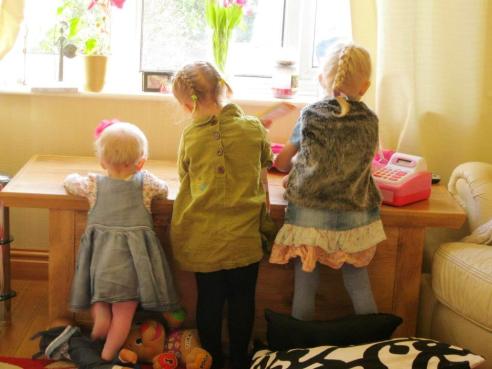 Earlier today I posted an entry called ‘The Boy’s Toybox’.  Quite by chance and completely unrelated my daughter sent me a picture (via Facebook) of my two granddaughters playing with their friend and it reminded me that girls have toy boxes too!

Posted in Children, Growing up 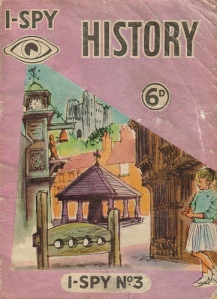 I-Spy books were small paperback volumes that were popular in the 1950s and 1960s.  Each book covered a subject such as I-SPY Cars, I-SPY on the Pavement, I-SPY on a Train Journey, and so on.  The object was to be vigilant and spot objects such as animals, trees, policemen, fire engines, sea shells, and so on, and they were recorded in the relevant book, and this gained points.  More points were available for the more difficult spots.  Once you had spotted everything and the book was complete, it could be sent to Big Chief I-SPY for a feather and order of merit.

The books was supposedly written by a Red Indian chief called Big Chief I-Spy who turned out to be a man called Charles Warrell who was a former school teacher and headmaster who created I-Spy in 1948. He retired in 1956, but lived on until 1995 when he died at the age of 106.  For part of this time he also worked as an antiques dealer in Islington.  Those who played the I-Spy game became members of the I-Spy Tribe and were called Redskins.  The head office was variously known as the Wigwam by the Water or the Wigwam-by-the-Green.  Neither of these exotic sounding places were situated on the American Plains or in the Black Hills of Dakota, the former was located next to the Mermaid Theatre at Blackfriars and the latter was in London’s Edgware Road. 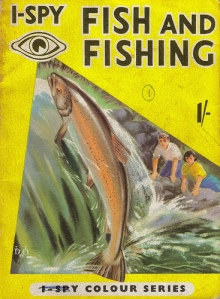 I had quite a collection of I-Spy books but to be honest I never finished any of them because some of the items were absurdly difficult to track down (how do you I-Spy fish unless you are a scuba diver?) and I never got a single feather although I did join the club and had an I-Spy badge that I used to wear on the lapel of my school blazer.

The original first thirty-two I-Spy books were in black and white only and cost sixpence each and the titles were:

Some of these books were extremely useful for parents, especially on long jouneys.  For a small investment there would be short periods of peace while children were preoccupied with spotting things, ‘On a Train Journey’, ‘Road Transport’ and ‘Cars’ were good for this sort of thing.  On a long car journey my dad would invent his own I-spy games and challenge us to spot a red lorry, spot a black cow, spot a petrol station, in fact spot pretty much anything he could think of if it successfully kept us all quiet.  When he got deperate he would tell us to look out for the sea and when we were on the way to Cornwall or Wales he usually started this little distraction roughly at about Oxford which is of course just about as far from the sea as you can possibly get!  That was very optomistic.

‘At the Seaside’ was also useful for parents because they could send you off for hours at a time staring into rock pools and poking around at the shoreline to find things.  I suppose some would be frowned upon today because they encouraged kids to go off to places that parents today would consider dangerous, ‘In the Street’, ‘Boats and Waterways’, ‘Bridges’ and especially, probably the most dangerous of all, ‘Wild Fruits and Funghi’!   Some were useless of course and we didn’t buy them, I mean what chance was there of completing ‘The Army’ I-Spy book unless your dad was a squaddie? And how were most normal kids supposed to spot ‘Aircraft’?  I never went near an airport until I was twenty-two and neither did most of my mates.

Some people took this all a bit too seriously and here is an entry that I have found on www.doyouremember.co.uk : “Glad to know that others remember the I-SPY Books. I used the books regularly as a child in the 1950s and 1960s (and beyond), was a member of the I-SPY Tribe and won various prizes, including a wigwam (or tent!) I led my own local “patrol” and we met the second Big Chief I-SPY, Arnold Cawthrow, on a number of occasions. He visited my home in Barking twice and mentioned me and my Red Arrow Patrol in a number of his Daily Mail columns. I kept in touch until he retired in 1978 and remember the whole I-SPY experience with much affection.” 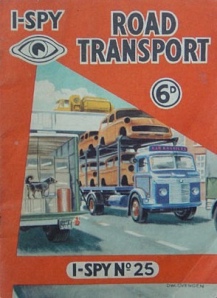