A Life in a Year – 26th June, The Annual School Outing

In the 1960s one of the highlights of the school year was going away for the day on the annual school outing.

When I was at junior school at the Hillmorton County school this was usually a simple affair with a trip and a picnic to somewhere fairly close by.  Dovedale in Derbyshire was about the furthest the teachers would venture to take us but it was more usual to stay within the county of Warwickshire and trips would inevitably be to Warwick Castle or Shakespeare’s Stratford-upon-Avon.

I can certainly remember going to Stratford-upon-Avon for the day and visiting Shakespeare’s House on Henley Street in the town centre, Anne Hathaway’s House in Shottery and Mary Arden’s House in nearby Wilmcote. 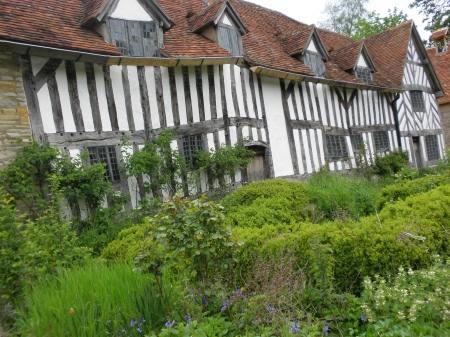 One special trip from the Hillmorton School was an outing to London and a visit to the Science Museum in South Kensington in about 1964.  I had been to London several times of course because my grandparents lived in Catford and we used to visit and stay there regularly.

The Science Museum opened on 26th June 1909 and ever since my first visit it has always been one of my favourites.  I liked Stephenson’s Rocket and the replica coal mine, a sort of early interactive experience where we stepped into a dark world of a Welsh mine.  The exhibit may not be there anymore because since all the country’s pits closed in the 1980s you can go down real ones instead.  But my real favourite, and I agree that this is not especially exciting, was an exhibit that explained ploughing and tilling and was in a glass case with three tractors and three different types of plough and when you turned a handle then the whole thing moved and explained the sequence of farming. I was delighted to see that that particular exhibit was actually still there forty years later when I last visited the museum in 2002.

The junior school annual outing was generally a well behaved affair that can’t have been too stressful for the teachers and we would obediently form organised lines and follow them like sheep from place to place as we went through the day.

This was not the case however with school trips at secondary school when the day was a perfect opportunity for mischief and mayhem.

The day started with a lot of pushing and shoving waiting for the coach to arrive because, a bit like the classroom, it was essential to get the back seat and be as far away from the teachers, who inevitably sat at the front, as possible.  When I say coach what I really mean of course is the most ancient and worn out vehicle in the fleet partly because the school would have paid the lowest price possible but mostly because the coach operating company was not going to provide its best vehicles for a bunch of unruly school kids.

On account of the age of the bus and the worn out state of the engine it would take a couple of hours to get to London including a fifteen minute stop at a service station to let the engine cool down and give us an opportunity to run around the car park and for no reason other than we could, to cross the bridge to the other side of the M1.

After we had arrived in the capital we would go to the Tower of London, or Buckingham Palace or to some other sites as part of the formal part of the day.  Once we met the MP for Rugby, William Price, who took us on a tour of the Houses of Parliament.  In the House of Lords he carefully explained that it was absolutely forbidden for a commoner to sit on the red leather chairs so we then spent a few minutes trying to force other kids into the seats in the hope that someone would have their heads chopped off.

After that it was time for lunch so we would parade off to Hyde Park or somewhere similar and eat our sandwiches.  Most of us used to carry our sandwiches and our raincoats in a duffle bag, which was a sort of draw string canvas bag which no self respecting school kid would be seen dead with these days.  They were about forty centimetres deep with soft sides and a rigid round bottom, they were lined with plastic that used to split and break off and around the top were some brass rings where the cord passed through and was tightened to close it.  Even though our sandwiches were in airtight Tupperware dishes they always tasted of chlorine because these were the same bags that we used to take our swimming trunks and towels to the baths for our weekly lessons and it was impossible to get rid of the smell especially after you had left them in there over the weekend.

After lunch it was free time and this was the opportunity to let our hair down. Out of sight of the teachers the first thing we did was to take off our caps and maroon blazers and roll them up into our duffle bags and then we made for the city centre.  Sensible kids did more sightseeing or a bit of shopping but I always hung around with the boys who wanted to misbehave and do silly things.  On one trip I remember that we wasted a whole afternoon by buying a ticket on the underground circle line to the next stop and then going all the way round, again, just because we could and it felt as though we were doing something wrong.

On another occasion, when I was about fifteen, one of my friends, Paul Connor, who was more sexually advanced than most of us, arranged for us to go to Soho because he had heard that it was possible to see live sex shows. He was confident that the way to do this was to go to a dirty book shop and just hang around and then someone would come and ask us if we wanted to go through to the back room.  We did this and we didn’t have to hang about too long at all (probably no more than a few seconds) before a man came and asked us what we were doing there (we were only fifteen and probably had no more than ten shillings each to spend) and Paul told him we wanted to go into the back room.  He told us to follow him and he took us down a corridor and opened the door at the end and ushered us all through – back onto the street!

At five o’clock or thereabouts we had to return to the rendezvous point for the trip home. Someone was always late or worse, lost, which meant thirty minutes of adrenalin filled panic for the teachers but eventually everyone turned up, sometimes accompanied by a police officer and by the time everyone was accounted for it was back on the bus to eat the last of the chlorine sandwiches on the way home.