Age of Innocence – 1954, Part Three – The Nuclear Arms Race and the Bikini

I confess to finding it an intriguing fact that it was only in 1954, the year that I was born, that Germany and Finland finally made peace and declared the end of the Second World War. I find that sobering, European conflict was still going on during my early lifetime! OK there were no serious hostilities or gun-fire but I still find that a chilling fact.

While some were making belated peace other countries elsewhere continued preparing for hostilities and in 1954 the United States began serious nuclear testing in the Pacific Ocean on the island of Bikini Atoll and they carried out the detonation of a truly massive bomb codenamed Castle Bravo.

The result was rather unexpected. Rather like a bunch of ten year old’s with a box of fireworks, they really had little idea what they were doing and when it was detonated it proved much more powerful than any of the boffins responsible for developing it had predicted and combined with other meteorological factors prevailing at the time created widespread radioactive contamination which even today has prevented people from ever returning to the island and has cost the US taxpayers hundreds of thousands of dollars in ongoing compensation payments to the unfortunate islanders.

Sadly, it seems to me, military people anywhere don’t mind spending millions of taxpayer’s dollars/pounds/roubles/euros anywhere that suits their inherent belligerent redneck tendencies. Between 1940 and 1996 it is estimated that the United States spent a massive $5.8 trillion on its nuclear arms programme or about $21,000 per US citizen.

A piece of advice – never trust a scientist – especially a nuclear scientist. With a yield of fifteen Megatons Castle Bravo was the most powerful nuclear device ever detonated by the USA. The scientists were completely surprised because this far exceeded the calculated yield of four to six megatons,  which by any standards is a fairly serious miscalculation.

As Charlie Croker famously said in the film ‘The Italian Job’ – “You’re only supposed to blow the bloody doors off” or as Sundance Kid similarly remarked – “Do you think we used enough dynamite there Butch?”

More big figures – to put that into some sort of perspective the bomb was the equivalent of fifteen million tonnes of TNT and was about one thousand two hundred times more powerful than each of the atomic bombs which were dropped on Hiroshima and Nagasaki during World War II.

This isn’t the biggest test bomb ever exploded however because that distinction belongs to the Soviet Union who in 1961 exploded a test version of the biggest bomb ever made, the Tsar nuclear bomb which was between fifty and sixty megatons, so enormous in fact that no one can be absolutely sure just how powerful it was!  Isn’t that frightening?

Castle Bravo was important for two reasons, firstly it signified the state of tension in the world called the Cold War (more about that later) that was around for the next thirty years or so which wasn’t such a good thing but secondly and much more importantly it inspired the introduction of the bikini swimsuit and I’ve always been grateful for that.

The new swimsuit pushed at the boundaries of what was previously considered acceptable in respect of flesh exposure.  Devout Catholic countries like Spain banned people from wearing it in public places.  The swimsuit, that was a little more than a provocative brassiere front with a tiny g-string back, was invented by a French engineer called Louis Réard and the fashion designer Jacques Heim. It was allegedly named after Bikini Atoll, the site of nuclear weapon tests on the reasoning that the burst of excitement it would cause on the beach or at the lido would be like a nuclear explosion. Plenty of fallout and very hot!

Read here about the War of the Bikini in Benidorm Spain

Thankfully in 1996 the nuclear powers signed the Comprehensive Test Ban Treaty’ and since then only North Korea has continued to test nuclear weapons.  The USA remains the only country to use a nuclear device in a combat situation. 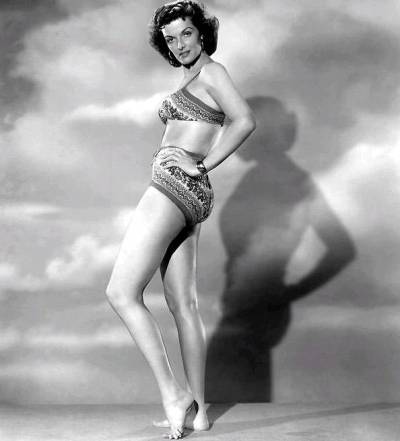 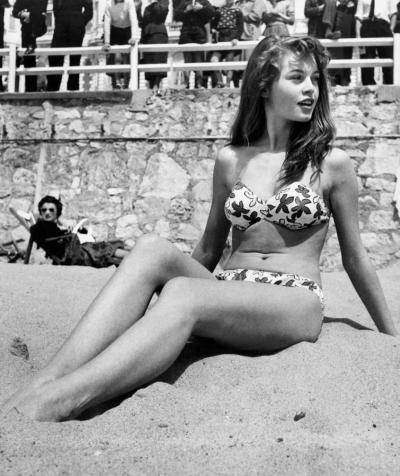