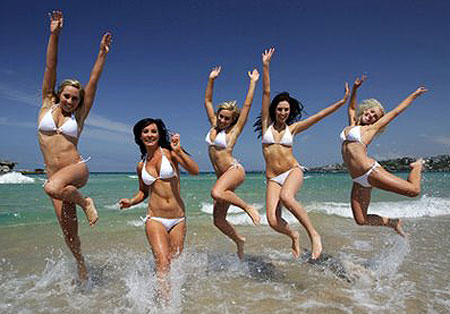 In 1954 the United States began serious nuclear testing in the Pacific Ocean on the island of Bikini Atoll and they carried out the detonation of a massive bomb codenamed Castle Bravo, which was the first test of a practical hydrogen bomb and the largest nuclear explosion ever set off by the United States.

Castle Bravo was the most powerful nuclear device ever detonated by the United States, with a yield of fifteen Megatons (doesn’t sound a lot but, believe me, it is). That yield, far exceeding the expected yield of four to six megatons, combined with other factors, led to the most significant accidental radiological contamination ever caused by the United States. In terms of TNT tonnage equivalence, Castle Bravo was about one thousand, two hundred times more powerful than each of the atomic bombs which were dropped on Hiroshima and Nagasaki during World War II.

Nuclear testing was a big thing in the 1950s as Washington and Moscow prepared enthusiastically for wiping each other of the face of the earth on the day of Armageddon.  The fact that a major explosion even on the side of the world might have serious consequences for both sides and everyone else in between just didn’t seem to occur to them.  Years later I visited the United States and although I didn’t know this at the time travelled along a road in Nevada that was only a hundred kilometres or so southwest of the Nevada Test Site that is a United States Department of Energy reservation which was established in January 1951 for the testing of nuclear weapons.  The location is infamous for receiving the highest amount of concentrated nuclear detonated weapons in the whole of North America.

As well as weapons of mass destruction, the world’s first atomic power station was opened near at Obninsk, near Moscow in Russia on 27th June 1954 and knowing now how careless the Russians were with anything nuclear this was probably something that world needed to worry about.  To illustrate the point just look what happened at the Chernobyl nuclear plant in the Ukraine in 1986 when a reactor accident at a nuclear power plant resulted in the worst nuclear power plant accident in history and the only incident ever to record level seven on the International Nuclear Event Scale (and on a scale of zero to seven that’s pretty serious!) resulting in a severe nuclear meltdown and sending a plume of highly radioactive fallout into the atmosphere and over an extensive geographical area to the extent that it remains uninhabitable today and will be for many more years to come as well.

Mind you, we British could also arrange a nasty little nuclear disaster of our own and on 10th October 1957 the graphite core of a nuclear reactor at Windscale in Cumberland caught fire, releasing substantial amounts of radioactive contamination into the surrounding area. The event, known as the Windscale fire, was considered the world’s worst reactor accident until Three Mile Island in 1979 before both incidents were dwarfed by the Chernobyl disaster.

Here are the results of the Cold War: USA 1 (Bikini Atoll) – USSR 1 (Chernobyl) two own goals by the way! 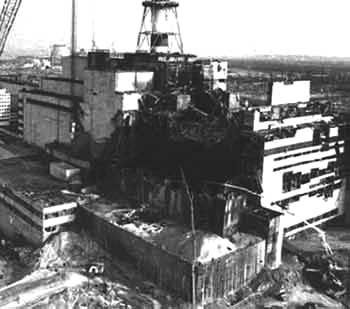 Posted in Age of Innocence, Growing up, History, Holidays