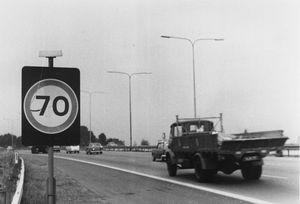 In the early winter of 1965 there was a lot of fog over the United Kingdom and a series of multiple crashes on Britain’s new motorways and on 25 November the government announced that a temporary 30 mph speed limit would be applied to sections of motorway affected by fog, ice or snow and that a general maximum speed limit of 70 mph would be applied to all otherwise unrestricted roads, including motorways, for a trial period of four months starting just before Christmas.

Speed hadn’t really hadn’t been a problem when motorways were first opened because most cars prior to the 1960s would have had difficulty getting up to seventy miles an hour in the first place let alone maintaining this speed for any distance without blowing the engine to kingdom come but by mid-decade they were starting to get faster.

It is a frightening fact that some car designers and racing car drivers were also using the M1 motorway to conduct speed trials and early one morning in June 1964 a man called Jack Sears drove an AC Cobra Coupé at 185 miles an hour in a test drive on the northern carriageway of the motorway.  The press picked the story up and soon there was a crusade for a speed limit. 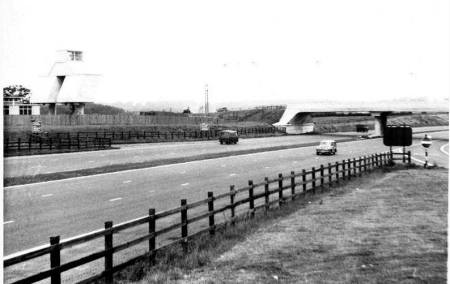 The motorway speed limit of seventy miles per hour was made permanent in 1970.  There are currently plans to review the limit and there is speculation that it will be raised to 80mph.   In France and Italy the maximum speed is 81mph while in Ireland, Spain, Portugal and Belgium it is 75mph. Parts of the German autobahn network have no speed limit at all. 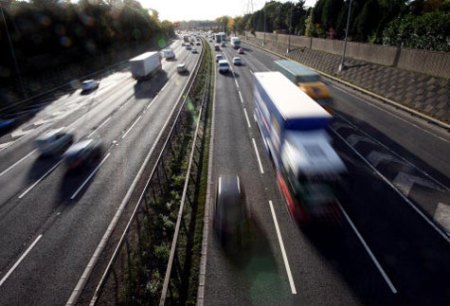 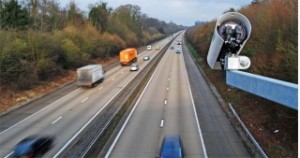 When I worked for Onyx UK my boss was a horrible little man who was a public school ponce and a self opinionated ex army captain who didn’t like me very much (and I didn’t like him either). In 2000 he announced redundancies and he wanted rid of me. It was going to be difficult to select me ahead of some of the others but I had had enough of him and of Onyx UK so I waited as long as I dared and then volunteered to go. He was so pleased that he gave me a very generous pay off and within a week or so I had got a new job doing what I like doing best and I was about to move to Lincolnshire.

He didn’t last much longer himself and the Company parted company with him shortly afterwards. He went on to become a divisional chief executive of Serco, a company that provides a variety of services and products relating to defence, detention, aviation, and transport. He is responsible for the company’s Home Affairs division, which provides Gatso speed cameras to local authorities and this is just a brilliant story…

In January 2009 he was caught driving more than a hundred miles per hour on the A14 in Suffolk and in court on May 6th he pleaded guilty to the offence and because this was his third speeding conviction (YES 3!) he was banned from driving for six months. In asking the judge not to impose a driving ban, he pathetically lamented that the incident had caused him ‘considerable embarrassment’ and said that the prospect of having to pay £30,000 for private chauffeurs might mean that he would be unable to continue paying for private schools for his three children. What a bloody shame! What a bloody shame it was only six months that is! 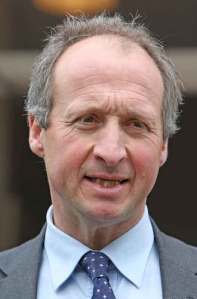 Posted in Age of Innocence, Growing up, History