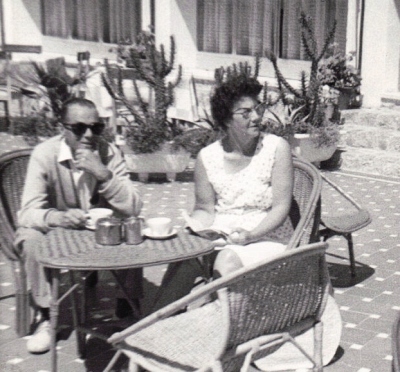 In the first few years of the 1960s, in the days just before and then during the Freddie Laker days of early package holidays, my grandparents visited Benidorm in Spain several times.  For people from London who had lived through the Luftwaffe blitz of the 1940s and the killer smog of the 1950s they applied for passports (which was practically unheard of for ordinary people) and set out with pale complexions on an overseas adventure and returned home with healthy Mediterranean suntans and duty free alcohol and cigarettes.  They brought back exotic stories of exciting overseas adventures and suitcases full of unusual souvenirs, castanets, replica flamenco dancing girls, handsome matador dolls with flaming scarlet capes and velour covered bulls that cluttered up their living room and collected dust for the next twenty years or so.

In 1950 a Russian émigré called Vladimir Raitz founded a travel company in London called Horizon Holidays and started flying people to Southern Europe and the package tour was born.  Within a few years he was flying to Majorca, Menorca, and the Costa Brava.   In 1957 British European Airways introduced a new route to Valencia and the designation ‘Costa Blanca’ was allegedly conceived as a promotional name when it first launched its new service on Vickers Vanguard airplanes with four propeller driven engines at the start of the package holiday boom.   By the end of the decade BEA was also flying to Malaga on the Costa Del Sol. 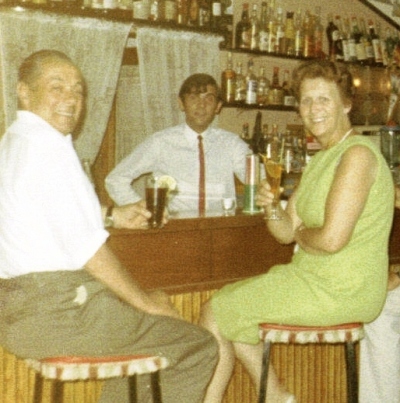 The flight took several hours and arrival at Valencia airport some way to the west of the city was not the end of the journey because there was now a one hundred and fifty kilometre, four-hour bus ride south to Benidorm in a vehicle without air conditioning or air suspension seats and in the days before motorways on a long tortuous journey along the old coast road.  Today visitors to Benidorm fly to Alicante to the south, which is closer and more convenient, but the airport there was not opened until 1967.

I am curious to understand how they were able to afford it?  Grandad was a bus conductor with London Transport on the famous old bright red AEC Routemaster buses working at the Catford depot on Bromley Road (he always wore his watch with the face on the inside of his wrist so that he didn’t break the glass by knocking it as he went up and down the stairs and along the rows of seats with their metal frames) and Nan worked at the Robinson’s factory in Barmerston Road boiling fruit to make the jam.

I cannot imagine that they earned very much and at that time the cost of the fare was £38.80p which may not sound a lot now but to put that into some sort of perspective in 1960 my dad took a job at a salary of £815 a year so that fare would have been about two and a half weeks wages! Each!  The average weekly wage in the United Kingdom today is £490 so on that basis a flight to Spain at 1957 British European Airline prices would now be about £1,225. 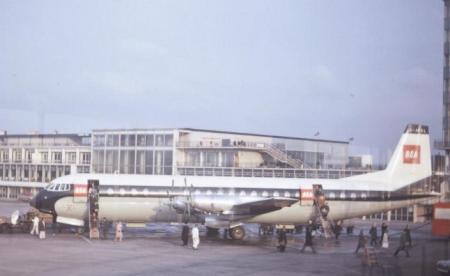 Other posts about Benidorm:

Benidorm, The War of the Bikini

One response to “1960s Package Holidays”